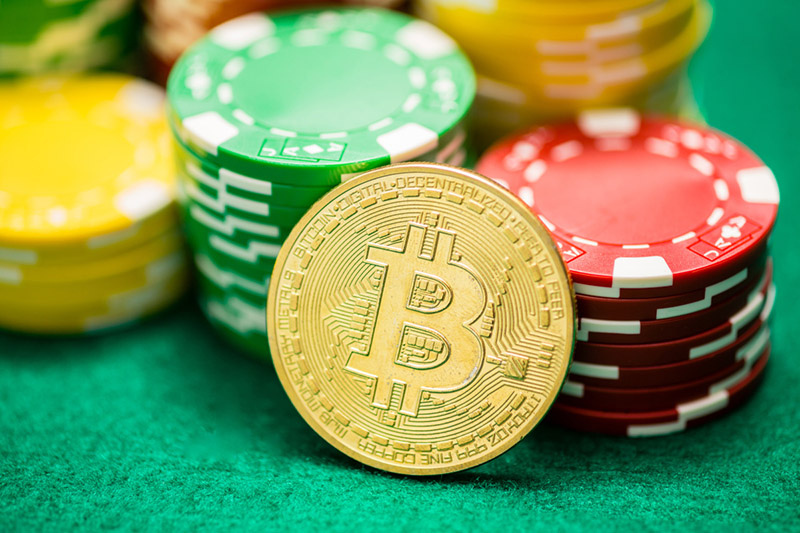 Once the exclusive domain of nerds and technologists, cryptocurrency has now found a mainstream audience and user base. Fears of inflation, ongoing quantitative easing, and aggressive stimulus spending have spurred investors’ interest in alternative stores of value such as Bitcoin.

Being the world’s leading cryptocurrency, Bitcoin offered a plethora of novel financial technologies to the market. It pioneered blockchain infrastructure, a system of digital checks and balances that allow for secure and verifiable peer-to-peer transactions. Transactions on the blockchain are verified through a proof of work protocol that leverages a group of miners who use a distributed set of computational systems that certify transactions by solving cryptographic problems.

The significance of these innovations lies in the fact that they enable a set of digital financial services without the need for a centralized authority such as a bank or government. It allows users to securely transfer Bitcoin to others without a bank to certify and settle the transaction. Instead, these transactions and Bitcoin users’ account balances are logged in a public ledger that is created and validated through the proof of work protocol.

These innovations have earned the attention of technologists and high-profile investors such as Mark Cuban. Even institutional investors have taken an interest in Bitcoin as a hedge against inflation and long-term store of value.

Cuban has also taken an interest in a variety of alternative cryptocurrencies, often referred to as altcoins. He has controversially been supportive of Dogecoin, a meme-based cryptocurrency that features the playful image of a Shiba Inu dog. Although Dogecoin was originally created as a satirical cryptocurrency, it has since achieved viral popularity and renewed interest.

High-profile business people including Mark Cuban and Elon Musk have been optimistic about Dogecoin’s prospects because it is a common introductory cryptocurrency for individuals that are new to crypto. Its viral, accessible nature makes it a great introduction to cryptocurrencies for the uninitiated.

Mark Cuban has been supportive of Non-Fungible Tokens (NFTs) and a variety of other cryptocurrency technologies. There is one cryptocurrency in particular that Cuban has shown a great deal of interest in for its unique features and applications. That cryptocurrency is called Ethereum.

Now is probably the part where you’re wondering should I buy Bitcoin cash? The answer is yes according to Crypto Dispensers, depending on your purposes. While Bitcoin uses technology to enable secure transactions without a centralized authority such as a bank, it does not offer users the ability to create and execute contracts. This could be a drawback for people that are transferring large amounts of money as part of a business arrangement and want that agreement to be in writing. In many cases, there are conditions that must be met by both parties before a transaction takes place, and in the case of Bitcoin, a bank would still be necessary to secure this in a contract.

That’s where Ethereum comes in. Ethereum utilizes some of the core innovations of Bitcoin, including the blockchain and proof of work protocol, to offer a technological way to ensure contracts. Often referred to as smart contracts, Ethereum offers a system of checks and balances that enforce contracts between different parties.

Much like Bitcoin, Ethereum features a public ledger that records all transactions, and this ledger is distributed across the network, meaning that many users store a copy of it so that it can’t be manipulated. Moreover, new digital wallets and crypto exchange platforms such as Coinbase have made it easier than ever to buy Ether. A number of Coinbase alternatives and Bitcoin ATMs have also emerged that simplify the process even further.

Mark Cuban is bullish on the future of Ethereum because it can be used to create smart contracts that facilitate commerce between individuals and businesses. Moreover, these smart contracts need not be affiliated with a centralized authority such as a bank or government in order to be secure and enforceable.

Investors like Cuban believe that the technology behind Ethereum will fuel the creation of an entire ecosystem of decentralized finance, or defi, products. Indeed, the defi industry is one of the fastest-growing in the world, and defi enthusiasts believe that decentralizing finance will empower consumers, reduce transaction costs, and limit centralized power structures.

The technology behind Ethereum also gives rise to the possibility of creating Decentralized Autonomous Organizations (DAOs) which has created a great deal of excitement among Ethereum experts. The idea of a DAO is that an entire organization or corporation could be formed and exist in a completely automated way through the use of a large set of smart contracts.

Modern-day corporations and organizations exist through a series of agreements or contracts between individuals and businesses.

This complex set of agreements and contracts can produce a great deal of friction within organizations and are often costly to create and enforce. Parties that breach these agreements must be held accountable which can be an expensive endeavor, often involving attorneys and legal costs.

Ethereum could in theory automate the creation and enforcement of these agreements through the use of smart contracts. These contracts can be certified and secured through technology, and the consequences of breaking them could be ensured programmatically.

Moreover, once smart contract software is created, it can later be modified or reused in future contracts by other parties. This greatly reduces the administrative and bureaucratic costs of running a business and adjudicating legal disputes.

Considering its substantial upsides, it’s no wonder that Mark Cuban and other celebrity investors see the promise in Ethereum. Indeed, for those that believe in the future of smart contracts and decentralized finance, it represents a fascinating and promising investment.